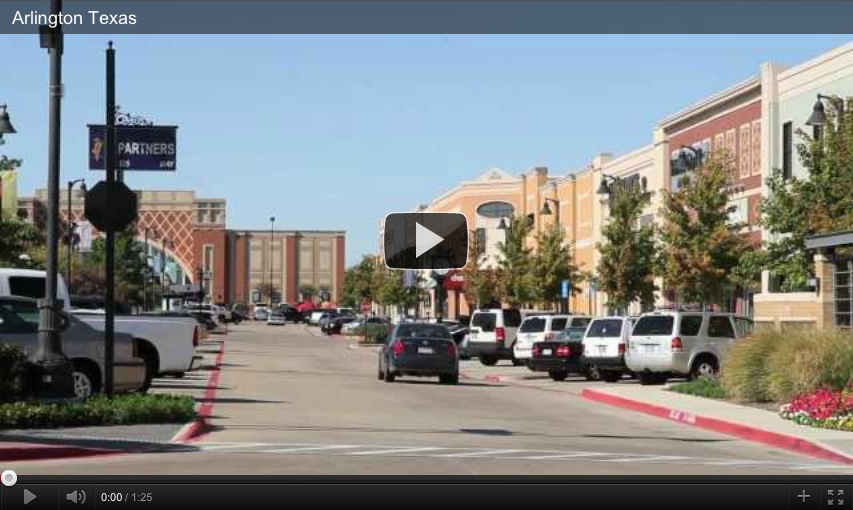 For the first in our new video series Tour DFW, we take a tour of some of the sites in Arlington, Texas. Arlington has been a hotspot in the Dallas-Fort Worth Metroplex for some time as the Texas Rangers’ Rangers Ballpark, Six Flags Over Texas and Hurricane Harbor are in the heart of the city. With the addition of Cowboys Stadium in 2009, Arlington became a central location for sporting events in DFW.

In the tour we visit the baseball park, the football stadium and Six Flags as expected. However, we also take a quick look at the headquarters of the United States Bowling Congress (USBC), including the International Bowling Museum that locals might not know about in Arlington.

We finish up with a glance at The Arlington Highlands, a shopping and entertainment center that boasts many restaurants and retail stores.

Check out our tour of Arlington Texas below, and keep an eye on our YouTube Channel (UEPVideos) for future additions to our Tour DFW video series.

Arlington Texas is a city in Tarrant County in the Dallas-Fort Worth metropolitan area. Located east of downtown Fort Worth and west of downtown Dallas, Arlington has become a sports attraction for DFW.

The Texas Rangers are hosted by Rangers Ballpark, and in 2009 Arlington Texas became the home of Cowboys Stadium, a domed stadium with a retractable roof for the NFL’s Dallas Cowboys. The stadium seats 80 thousand and has a maximum capacity of 110 thousand including standing room.

For an education, students can attend the public University of Texas at Arlington. The campus is located southwest of downtown Arliington and has a student population around 33 thousand.

Shoppers in North Texas can enjoy The Arlington Highlands, an entertainment hotspot featuring an abundance of retail stores and restaurants.

We hope you enjoyed this video of Arlington, Texas. To be notified of future videos, subscribe to our YouTube channel UEPVideos, or check us out on the web at uniqueexposurephotography.com.